You and I can help develop better food systems
Written by Eleanor Boyle, Eating For Eco Systems
(Eating for Ecosystems) 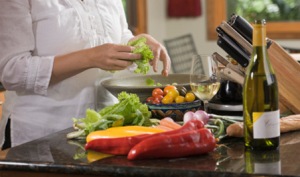 Small-scale sustainable agriculture in Canada is fighting for survival, and there’s plenty we can all to do help.  That’s the message I got from Colleen Ross after visiting Waratah Downs, the Ottawa-area organic farm run by her and her husband, John Weatherhead.

Like others who speak publicly about the problems of industrial food systems and its casualties, Colleen knows of many examples.  There was the local family-run abattoir in southern Ontario that was driven out of business by unreasonable regulations, in a food system that is geared to support large corporate processors.  There was the small fruit canning factory – the last one in Ontario – that shut down in 2008 because local farmers could not compete with cheap fruit from China and elsewhere.

Working through the National Farmers’ Union, Food Secure Canada, and other organizations, Colleen and a network of committed individuals are working to turn the situation around.  For how we can help, I’ll summarize some of Colleen’s ideas as:  (1) Get into the kitchen; (2) Get out to the farm; and (3) Get involved.

(1) Get into the kitchen.  Colleen makes a most amazing minestrone soup, as I discovered, and you can too.  Many of us have become convinced that we need to buy processed and prepared foods, and have forgotten how to cook.  To support local food systems, we can pay more attention to food and spend time on it.  We can obtain real food, fresh and simple, and make it into meals.  Pick over the vegetables, save them, can them, freeze them.  Practice food sovereignty.

We can start with minestrone soup.  I won’t give away Colleen’s recipe, but I’ll give away mine to any of you who would like.

(2) Get out to the farm.   New small-scale farmers are appearing, according to Colleen, who are excited about the food movement and desirous of producing sustainable sustenance.  But there are not always enough committed consumers.  For example, Colleen and John integrate cows, sheep, and poultry into their organic farm, partly because the animals provide natural fertilizer in the way of manure.  But the farm sometimes has trouble selling the meat.  Like other organic operations, they’re out of the mainstream of food marketing and distribution, and can have difficulty finding buyers and supplying them.  To assist in the building of a strong good-food movement, discerning consumers can make it a regular project to get out to rural communities and buy food straight from sustainable producers.

Part of getting out to farms involves finding ones that don’t plant genetically engineered (GE) corn, soy, or other crops, also called GMOs or genetically modified organisms.  Colleen’s farm is surrounded by large agricultural operations rotating corn and soy, all GMO and all controlled to some degree by Monsanto or other biotechnology companies.   We can support biodiversity rather than biotech, by buying food that is certified organic, certified Local Food Plus, or the like.

(3) Get involved.  We can let our elected officials know we want better food policy, and new food systems that support local, small- and medium-sized farms that minimize pesticides and antibiotics, that do not pollute soil and water with synthetic fertilizers and chemicals, and that do not raise animals intensively in factory farms.

We can let our elected officials know that farm policies cannot be ‘one size fits all’ and still support local producers.  After the Walkerton water crisis a decade ago, Colleen’s farm and others were asked to implement ‘nutrient management plans’ requiring that they pave the barnyard and install curbing and channelling.   That’s the kind of response that too often comes from policy-makers purporting to make food and farming safer, and mandating expensive systems with which small farms can’t afford to comply.

We can let our elected officials know that food production should be owned and controlled by local farmers.  Cargill, Tyson, and Smithfield – all transnational agribusiness — are making money while many small farmers are barely hanging on.  It’s a result of policies focused on supporting large export-oriented food production.

We can get involved in groups, and support elected officials, that realize the need to revitalize local food infrastructure – as in the unfortunate case of the fruit processing plant mentioned above.  Called CanGro Foods, it was the last processing plant for peaches and other fruit in the Niagara region.  Local farmers and citizens had tried to save it, but to no avail with cheap fruit pouring in from overseas.  Cheap food is a big part of the problem, which we can all address by agreeing to pay more for better food.

According to Colleen, these are a few of the steps we can take to be part of the new food movement.  Get into the kitchen and use local, sustainably-grown food.  Get out to the farms that are producing good food.  Get involved.

You can read more from Eleanor by clicking here to visit here site and blog.

Error: Twitter did not respond. Please wait a few minutes and refresh this page.

My mission is to promote a healthier and more compassionate way of living, encouraging others to become more aware about everyday choices, I'm a hobby photographer that donates my time to charities that promote animal welfare. I also offer my photography to anyone who is willing to make a donation to one of my favourite charities. Sabrina Desjardins Photgraphy